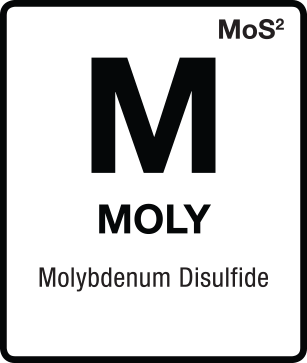 Molybdenum disulfide is a naturally occurring black colored, solid compound that feels slippery to the touch. MolyB excels as a lubricating material due to its organically layered structure and low coefficient of friction. The interlayer structure creates a sliding motion that dissipates energy when a shear stress is applied to the coating. The shear strength of MolyB increases as the coefficient of friction increases, creating a “superlubricity”.

MolyB has a load carrying capacity of 250,000 psi and stability up to 350 C. And works better under high pressure and low speed, where galling is the principal reason for failure.

Through precise, engineered deposits, Armoloy TDC®, BoronG (Nickel Boron Nitride) and our Polymer coatings add incredible value to plastic injection molding applications, as well as those in the areas of extrusion and thermoforming.... Read More

From fundamental components such as shafts, gears, and bearings, to the more complex components found in automated lines, packaging machines, and specialized machinery of every type, Armoloy of Texas can... Read More

For over 20 years, Armoloy TDC has been the premier coating for the Linear Motion industry. The Armoloy TDC coating lowers the coefficient of friction of bearing steels, for smoother movement over rolling surfaces... Read More

For protection against the most common forms of wear including corrosive, abrasive, and erosive wear, consider coating your critical pump, valve and compressor surfaces with a protective Armoloy coating... Read More

Apply Armoloy TDC® and BoronG (Nickel Boron Nitride) to food-processing and food-packaging equipment and components for the most beneficial combination of wear resistance and corrosion resistance... Read More

In the field of oil and gas drilling and extraction, the Armoloy coatings are ideally suited for components operating in corrosive downhole environments. The coatings’ high corrosion and wear resistance... Read More

For over 30 years the Armoloy TDC coating has been applied to variety of nuclear industry devices including fuel cell and reactor core components. The improved wear and corrosion resistance of... Read More